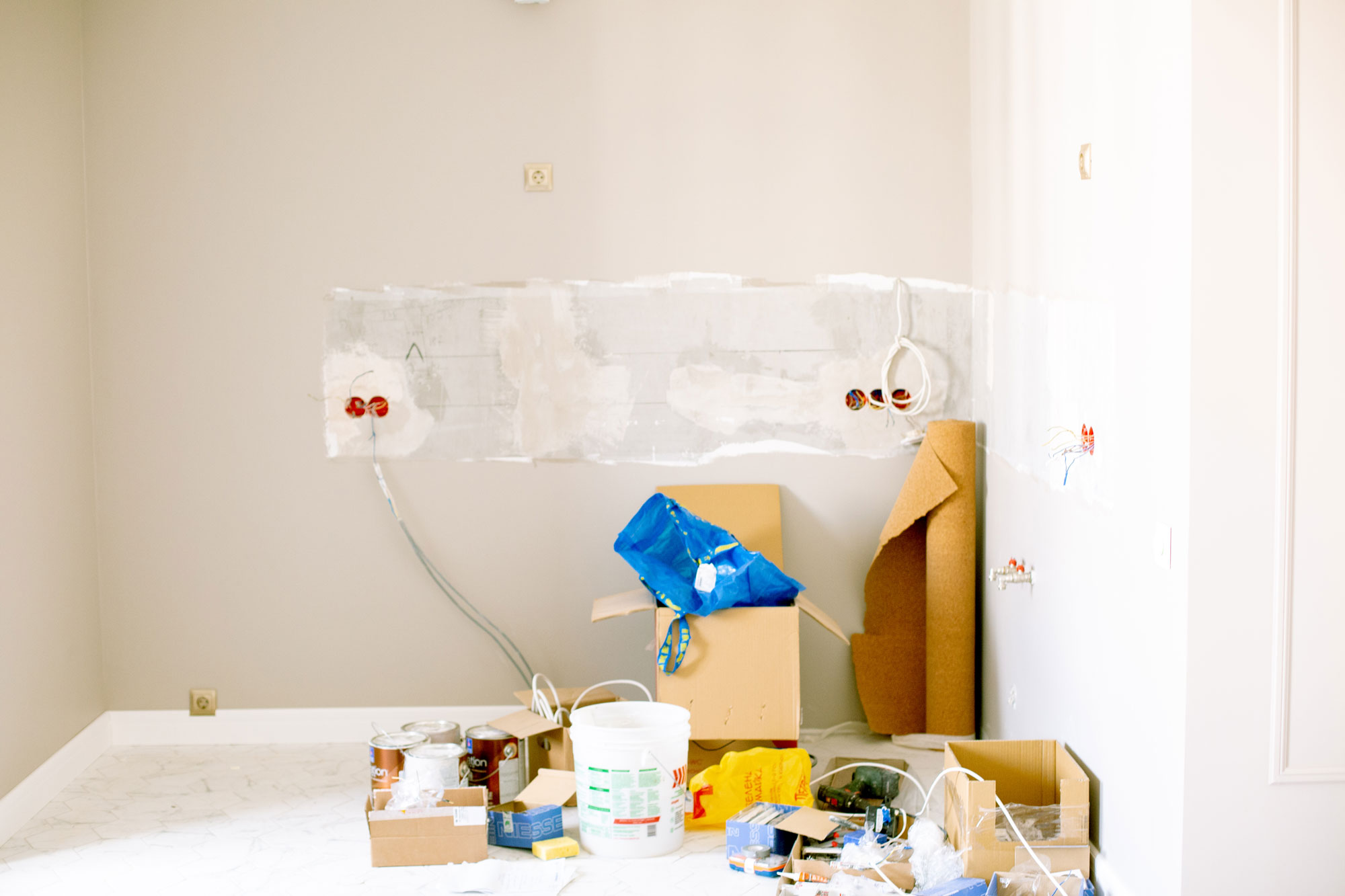 Rejoice always, pray without ceasing, give thanks in all circumstances; for this is the will of God in Christ Jesus for you.

Recently, my wife, Courtney, has become a bit obsessed with the Netflix show The Home Edit. If you’re not familiar with it, the hosts help clueless home owners to better organize the rooms of their house. They remove unused items and make items that are frequently used more accessible. As you might imagine, this inspired Courtney to begin making these changes in our own home.

It began with the kitchen. Like many people, we didn’t put much thought into where our kitchen wares should be placed when we originally moved into our house. Some of it made sense, but a lot of it was just haphazard. After watching the show, Courtney meticulously planned out where things should go based on their usage. She was aiming for maximum efficiency. For instance, how do we best access our mixing bowls and what should their proximity be to certain ingredients that are commonly utilized?

The truth is our kitchen is pretty small, so I’m not entirely sure how much time we are actually saving. In fact, the confusion of not knowing where things are in the kitchen actually means it takes me more time to do certain things. However, I will say that everything is much more organized and, once you know where something is, it’s much more accessible than searching through a messy drawer.

But as you might have guessed, the home edit didn’t stop there. She began organizing our closet (I lost a lot of clothes during that process), our playroom (Good Will received an infusion of kids toys) and, most recently, our garage. The garage was this past weekend, and I will admit, I was a bit grumpy about the whole thing primarily because I was called upon to move the heavier items. I was thinking to myself, “What is this actually going to achieve?”

But Courtney proved me wrong. When the process was all finished, I was blown away. Thanks to her organization, my car not only fits in the garage, but I have enough room to open the doors so I can easily get in and out of the car. Who would have believed that was possible? Now it’s actually a pleasure to walk into the garage rather than fearing a deathtrap full of rusty edges constantly threatening you with tetanus.

As I looked at the garage, I thought to myself, “Why didn’t we do this sooner?” All of this made me realize something critical about myself: like many people, I simply accept my circumstances and I am not often motivated to change them. If Courtney hadn’t made the decision to organize the garage, it likely would have remained that way until we moved out.

The more I reflected on this, the more I realized that the garage is really a metaphor for a number of areas of my life. I started thinking about all the ways that my life is like the garage—they are not what I want them to be and I know they need to be changed, but I’m not exactly sure where or how to start changing them.

For instance, I’ve been wanting to spend more time meditating and in prayer, but I am so busy with all of my responsibilities that it is often something I tack onto the end of my day for a few minutes rather than making it a center point of my life. As the scripture above indicates, prayer and silent time is a major key to feeling spiritually whole and healthy. But setting aside the time to do this would require a great deal of reorganization on my part. I would need to budget and plan my time in such a way that it becomes a priority rather than an afterthought.

So the point of this devotional is to pose the question to you: what are the areas of your life that need to be reassessed, reorganized or completely gutted? Perhaps it’s spending more time with your family or friends; perhaps it’s doing more exercise or modifying your diet; perhaps it’s reading a book or spending less time on your phone; perhaps it’s volunteering your time with people who are in need. Whatever it is, I hope that you will take some time with God to get motivated to put forth the effort to make that change in your life.

If you take a chance and make it happen, my guess is you will not only be happy with the end result, but like me, you will you say to yourself, “Why didn’t I do this sooner?”