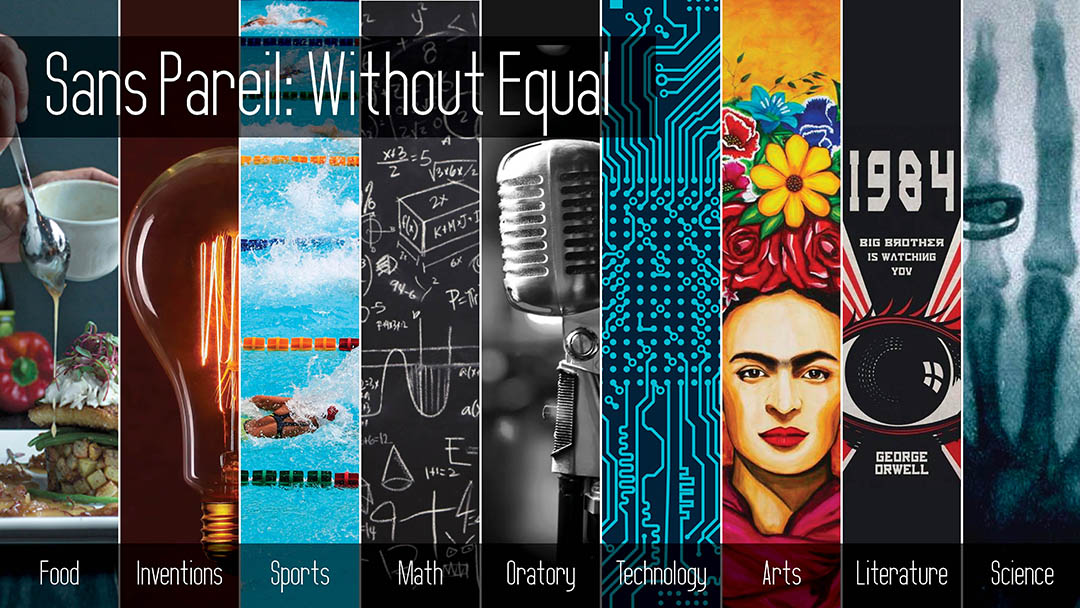 Our summer sermon series is called Sans Pareil: Without Equal. When something or someone is said to be sans pareil, it means they are literally the best in the world or that they are a class above the rest. Each week will be looking at two people who are the best in their field. Not only will we be studying their success, but more importantly, we will be studying the qualities they possess. Our goal is to explore how we can use those qualities in our own lives to grow closer to God and create God’s kingdom on earth.

This past Sunday we began our series by examining two of the best chefs in the world. This Sunday we will be examining two of the greatest inventors of all time: Thomas Edison and Nikola Tesla. Edison has 1,093 patents attached to his name, including the phonograph, the carbon telephone transmitter, motion picture cameras and rechargeable batteries. Of course, the invention for which Edison is best known is the light bulb.

What set Edison apart from other inventors was not his raw intelligence, but rather his dedication to constantly improving upon an idea. His original lightbulb lasted for only 13.5 hours. He knew for his idea to be commercially viable, his light bulb would have to last for hundreds of hours. In this way, it was Edison’s business savvy (where he was always thinking of the end user) combined with his dedication to meticulous incremental improvement of his inventions that made him successful.

Nikola Tesla was different from Edison. He was a genius whose inventions were often decades ahead of their time. In fact, many of his inventions were so advanced that they were seen as useless. This made it hard for Tesla to inspire investor confidence in his inventions. And yet, much of the technology we utilize today has its foundations in Tesla’s original research.

Both men are great inventors, but only one is truly revered as a great inventor. On Sunday we are going to examine what they invented, why they are remembered or not remembered, and what they can teach us about our Christian walk. I hope that you and your loved ones are able to remain safe during this difficult and trying time. We’ll see you on the live stream on Sunday!